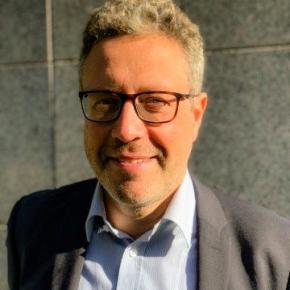 Deputy Director of Directorate CNECT H, Digital Society, Trust and Cybersecurity (Directorate-General Communication Networks, Content and Technology) and Head of Unit CNECT H.2 - Cybersecurity and Digital Privacy Policy. Among others, involved in negotiations of the Cybersecurity Act, implementation and review of the Network and Information Security (NIS) Directive, preparation of the Commission’s Recommendation for a common EU approach to the security of 5G networks, the EU cyber-security strategy's actions on resilience and cooperation with the EU Agency for Network and Information Security (ENISA). He also directly contributed to the production of the new EU Cybersecurity Strategy.

Previously Head of Unit 'Organised Crime and Relations with EMCDDA' at the European Commission (Directorate-General Home Affairs), which has the lead responsibility for the fight against cybercrime, corruption, sexual abuse of children and confiscation of criminal assets. In relation to cybercrime, involved in negotiation and drafting of two directives (on cyber-attacks and sexual exploitation of children) and establishment of the European Cybercrime Centre (EC3). Previously worked on EU relations with Russia (Directorate-General External Relations).

Before joining the European Commission, a Director at the Stefan Batory Foundation in Warsaw and Policy Officer with the United Nations High Commissioner for Refugees. Graduate of the London School of Economics and the University of Warsaw (international relations, law).