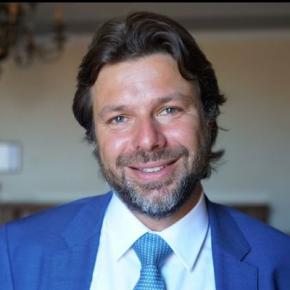 Member of OECD Parliamentary Group on AI; Member of the House of Representatives, Italian Parliament, Italy

The Rt. Hon. Mattia Fantinati is currently serving as a Member of the House of Representatives (“Camera dei Deputati”) within the Italian Parliament. His main areas of interest are Digital Transformation in Government and Innovation Management in Public and Private Organizations.

In 2019 he was appointed Special Advisor to the Minister of Digitalization and Innovation.

For the Italian Government he follows IGF (Internet Governance Forum) initiatives and he is member of Italy IGF 2020 Program Committee and supporting the activation of “IGF Italia”; he took part to the Italy IGF 2019 and to the debate related to “A Contract for the Web” and “Internet Bill of Rights”. He was involved in EuroDIG 2019 panel on global digital governance and he is contributing to the organization of EuroDIG 2020.

At the United Nations Mattia represents Italian Government at the roundtables of the HLPDC (High Level Panel of Digital Cooperation).

From 2018 to 2019 Mattia participated in the First Cabinet of Italian Prime Minister Giuseppe Conte, acting as Undersecretary of State for Public Administration in the Office of the Prime Minister.During his tenure his main objective was to improve performance of Public Administrations (both nationally and locally) and to reduce expenditure by using new technology. He focused on programs for re-skilling and up-skilling management and introduced a new assessment system based on citizen satisfaction.

In order to help local administrations to reach and improve the use of public funds he also designed a plan aimed at sharing good practices for accessing European funding.

He has travelled abroad (in Europe and the United States), on behalf of the Minister of Public Administration and the Prime Minister himself, in order to identify government best practices in Digital Transformation and eGovernment.

He regularly attends the meetings and seminars on Digital Transformation held by the most influential international agencies (ITU, WSIS, CES, E-Leaders, OECD…).

As a Member of Parliament, Mattia sits on two Permanent Commissions of the Italian House of Representatives: Foreign Affairs and Defence and besides on the commission of Artificial Intelligence of Italian Parliament.

Mattia is a member of OECD Parliamentary Group on Artificial Intelligence.

In the previous house of Term he sat on the Permanent Committee for Industry, Trade, Research and Development, Innovation and Tourism; he was one of the leading proponents of two special studiesregarding the future evolution of Jobs and Tourism in the next ten years and the impact of Artificial Intelligence on jobs and employment.

His political party (“The Five Star Movement”) was born online and has always operated on the World Wide Web, involving citizens in government by means of the Internet and developing trust in the use of information technology as a way to strengthen democracy and fight corruption.

Mattia is an engineer by education and training. He attended programs at Bocconi School of Management and at the Manchester Metropolitan University and the London School of Economics. As an engineer, he was a member of the Council of the Italian Society of Engineers of Verona (“Consiglio degli Ingegneri”), where he addressed topics related to IT and Digital Transformation.