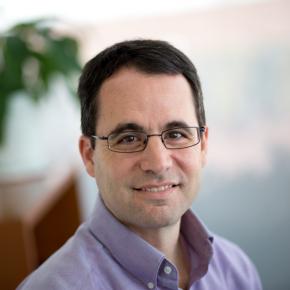 Dr. Aviel (Avi) D. Rubin is Professor of Computer Science and Technical Director of the Information Security Institute at Johns Hopkins University. He is also the Director of the JHU Health and Medical Security Lab. Prior to joining Hopkins, Rubin was a research scientist at AT&T Labs. His is also the founder of Harbor Labs, a CyberSecurity company. Rubin testified about information security before the U.S. House and Senate on multiple occasions, and he is the author of several books about computer security. Rubin is a frequent keynote speaker at industry and academic conferences, and he delivered a widely viewed TED talk in 2011 and another TED talk in September, 2015. He also testified in federal court as an expert witness on numerous occasions in matters relating to high tech litigation. Rubin served as Associate  Editor of IEEE Transactions on Information Forensics and Security, Associate Editor of Communications of the ACM (CACM), and an Advisory Board member of Springer's Information Security and Cryptography Book Series. In 2010-2011 Rubin was a Fulbright Scholar at Tel Aviv University. In January, 2004 Baltimore Magazine named Rubin a Baltimorean of the Year for his work in safeguarding the integrity of our election process, and he is also the recipient of the 2004 Electronic Frontiers Foundation Pioneer Award. Rubin has a B.S, ('89), M.S.E ('91), and Ph.D. ('94) from the University of Michigan.