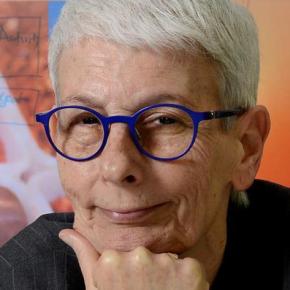 Dr. Orna Berry is a recognized entrepreneur, scientist, policy maker and an industry executive. She has been active in science, technology and venture capital industries. She is known for her efforts to promote excellence, entrepreneurship and innovation beyond the Israeli society.

Dr. Berry has held a wide range of key positions with significant public impact. In late 1996, Berry was nominated as the Chief Scientist and the Director of the Industrial Research and Development Administration, the only woman to hold this post to-date.

Co-founded ORNET Data Communication Technologies (1993), acquired by Siemens (1995). Held research positions at UNISYS and IBM and led data-communication projects at Fibronics. Had served as Chair of the Board at PrimeSense, was a Corporate Vice President and General Manager at EMC and Dell EMC (2010-2018). Under TELEM at the Israeli Academy of Sciences and Art, Orna lead a Committee that designed and budgeted the National Program for Quantum Science and Technology for all. Following the successful launch of the Quantum S&T Committee, she leads, at TELEM, a Committee that designes and budgets the National R&D Program in AI and Data Science

Throughout her career, Dr. Berry has been the recipient of various awards: The Peres Center for Peace and Innovation Medal of Distinction 2021, an honorary Doctorate in Engineering (McGill University, Montreal, 2018), Cyber Defender Award, (Tel Aviv University, the Blavatnik Multidisciplinary Center, 2018)

In 2017 she received a Trustee of Honor award from the Academic College of Tel Aviv Yaffo, and an Honorary Fellow award from the IDC, the Interdisciplinary Center in Herzliya. In 2014, she was accepted into WITI (Women in Technology International) Hall of Fame. In 2012 she was the recipient of the "Yakirat Ha'Negev" award from Ben Gurion University. In 2011 she was granted the Viterbi Award by the University of Southern California (USC).

Berry received MA and BA degrees in Statistics and Mathematics from Tel Aviv University and Haifa University, respectively and earned a PhD in Computer Science at the University of Southern California.