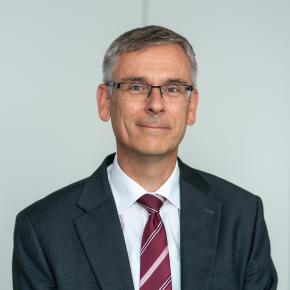 Director-General for Cyber and Information Security, Federal Ministry of the Interior, Building, and Community (BMI), Germany

Andreas Könen is the Director-General CI - Cyber- and Information security. Previously he was the  Head of Directorate IT II - IT and cybersecurity; secure information technology and ÖS III - Cybersecurity in the field of law enforcement and domestic intelligence by the German Federal Ministry of the interior. Before it he was the Vice President of the German “Federal Office for Information  Security (BSI)”. Mr. Könen, a graduate mathematician, joined the BSI in 2006, taking on the post as the head of the executive staff of the BSI Director-General. In 2009 he became the head of the division  “Security in Applications and Critical Infrastructures” and subsequently head of the department  “Security Consulting and Coordination”. Prior to BSI, Mr. Könen held various positions in the field of information technology within the German Federal Administration, including executive functions.