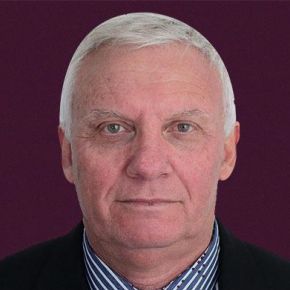 Uzy Zwebner, MBA. Co-Founder and Project Manager of the Advanced Technologies Park (ATP). Zwebner is part of the founding group and private shareholder at the Private Public Partnership initiative of developing the Advanced Technologies Park in Beer Sheva, Israel. The partners are Ben Gurion University (BGU) and the City of Beer Sheva, joined together with KUD International LLC and Gav Yam Bayside Corporation LTD. The ATP's master plan includes more than 2,000,000 square feet building rights planned to serve hundreds of companies and 10,000 high- tech employees. Total investment in the coming years will come up to more than $250 million. The first three buildings of 500,000 square feet have already been opened, and the whole space is being leased to the best international and Israeli high-tech firms. Being an entrepreneur, Mr. Zwebner was in charge of the development of the ATP from day one, where he was in charge of creating the new master plan and a special incentives parcel, together with the Park's partners and the Israeli government, in order to attract high-tech companies from all over the world to become tenants and to find excellent employees for them. The ATP is located adjacent to BGU, one of the best universities in Israel, and its centers of excellence. These days, the Israeli elite technology and cyber forces are moving to be located by the ATP, branding the ATP as a world cyber center as well. Today, Mr. Zwebner serves as a Director at the ATP board, taking part in the strategic management and many other aspects, including supporting startups, getting governmental grants, building incentives and international relations, and involving partners, strategic makeup, etc. Mr. Zwebner's fully owned company, Negevinn Innovation Center LTD is involved in creating new high-tech eco-systems around the world. From high tech parks to startup hubs. His recent initiative is the Innovation BaseCamp, a unique kind of businessoriented platform in cooperation with the academy, located in the heart of the park. BaseCamp is an active entrepreneurship platform, constantly scouting for high potential in academic breakthrough research, mainly focused in HLS, IoT, AI, robotics, cyber fields, automotive technologies, and AR and VR, and it works to develop them into startups and business companies. In the last two years, Innovation BaseCamp has expanded its involvement in international cooperation and high tech regional development activities around the globe, establishing and managing public- privatepartnership (ppp) oriented innovation centers. One of Mr. Zwebner's unique recent entrepreneurship activities is to create a new high-tech park in an Israeli Arab city, to increase the involvement of Israeli Arab citizens in the developing high-tech industry. This activity is done in partnership of the local municipality and with full support of the Israeli government. During his military career, Mr. Zwebner also served as a tank commander in the Israeli Defense Forces, and took part in the 1973 "Yom Kippur" war. Mr. Zwebner also holds a B.A. degree in International Relations and an MBA degree from the Hebrew University in Jerusalem. From 1981 until 1994, Mr. Zwebner served in several executive positions at the City of Eilat, starting from being an Assistant Treasurer, then becoming the treasurer and CEO of the Eilat Development Company LTD, and ending in his main position as the first General Director of the city. During that time, the city became more attractive to investors due to a special "Free Trade Zone" law that was established especially for the City of Eilat. In his academic career, he served as a research assistant for the Director of the School of Business Administration at the Hebrew University of Jerusalem. From 1976 to 1980, he served as an assistant economist at the National Bank of Israel. Since 1994, Mr. Zwebner has been involved in the creation and development of projects and initiatives from their very early stages of visions and ideas, until they became real and operative. Former years, Mr. Zwebner got involved in an Israeli patent project of thermo-solar energy. In former years Mr. Zwebner offered management and consulting services to government authorities for the economic recovery and development of cities in high tech industry, tourism and economic projects. In his public and voluntary activities, Mr. Zwebner serves as the Chairman of the Realestate, Finance and Investment Committee of Maccabi World Union as well as the Chairman of the Board of Kfar Hamaccabiah Ltd, Hotel and Conference Center. From 2001 to 2005, Mr. Zwebner served as Chairman of the Maccabi world games, the third largest international sport event in the world.