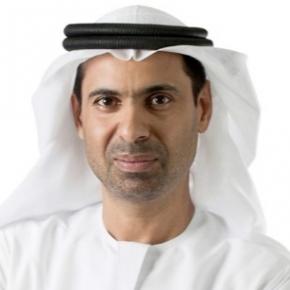 His Excellency Yousuf Hamad Al Shaibani is currently the Director General of the Dubai Electronic Security Center (DESC), an organization part of Digital Dubai.
H.E. is also the Director General of the Mohammed Bin Rashid Space Center.
With over 18 years of experience serving in the government sector, Al Shaibani has been associated with DESC since its establishment. He has held several senior positions there including being a member of the organization's Board of Directors. Recognized as one of the founding members of DESC, Al Shaibani has made valuable contributions towards the growth and development of the Center.
Al Shaibani graduated from the Etisalat University College (now known as Khalifa University of Science, Technology and Research - KUSTAR), Sharjah in 1995, then he went to receive his Master's Degree in Microelectronics Systems Design from Central England University (now known as Birmingham City University) in the UK in 1997.